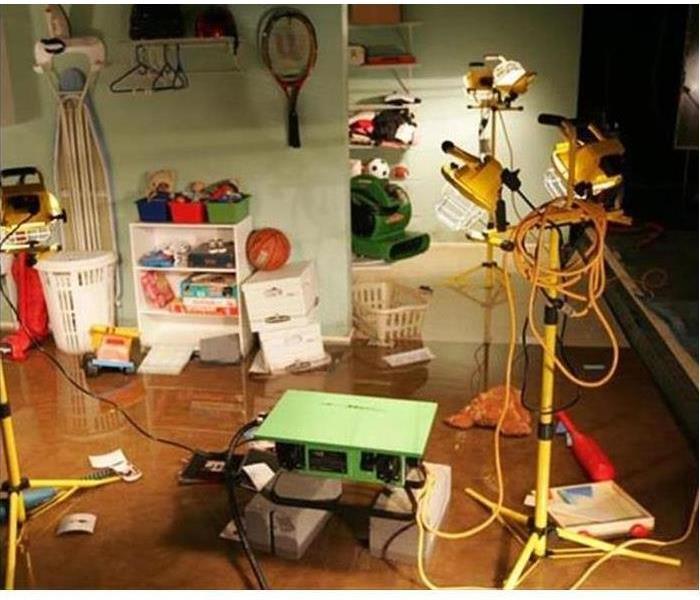 Floods rank as one of the most common and widespread natural disasters in the United States. Whether you live near a coastline, along city streets, in the mountains, near a river or even in the desert, there is a potential for suffering from flood damage.

Just because you haven't experienced  a  flood  in  the past,  doesn’t  mean  you  won't  in  the future.  In fact, 20% of all claims paid by the National Flood Insurance Program (NFIP) were for policies in low-risk communities. On average, floods cost $3 billion in annual losses in the United States. Commercial flood claims average more than $75,000.

According to the American Red Cross (ARC), floods cause more damage in the U.S. every year than any other weather-related disaster.  The ARC offers the following flood safety tips.

If a flood does strike your home or business, contact SERVPRO® of Burlington/ Woburn. Even minor floods have the potential to cause major damage to a  structure when not treated quickly and properly, and the cleanup is often an overwhelming task. The SERVPRO® System is prepared to handle any sized disaster. The sooner work begins, the sooner order can be restored.

When fire and water take control of your life, SERVPRO® of Burlington/ Woburn will help you take it back.